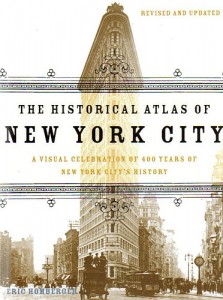 If there is a dean of New York literary studies, it is Eric Homberger, who has contributed the chapter “Immigrants, Politics, and the Popular Cultures of Tolerance” to the Cambridge Companion. Eric is Emeritus Professor of American Studies at the University of East Anglia, Norwich, UK, and is the author of four books about New York City: Scenes from the Life of a City: Corruption and Conscience in Old New York (1994), Mrs. Astor’s New York: Money and Social Power in a Gilded Age (2002), New York City: A Cultural and Literary Companion (2003), and The Historical Atlas of New York City: A Visual Celebration of 400 Years of New York City’s History (2005).

We asked Eric to write about one of his particular specialties: New York’s immigrant cultures. (Click here for an example of Eric’s previous work on the subject.) What he gave us for the Companion was a fresh take on the subject, using Anne Nichols’s play Abie’s Irish Rose as a prism through which to understand the dynamics of Americanization. Now largely forgotten, but in its day a “commercial success … and something of a cultural phenomenon,” Abie’s Irish Rose had legs, and it turns out to lie in the background of a television show from my youth that I still remember fondly: