Some stuff happening in the New York blogosphere outside the local East Village and contiguous neighborhoods downtown: 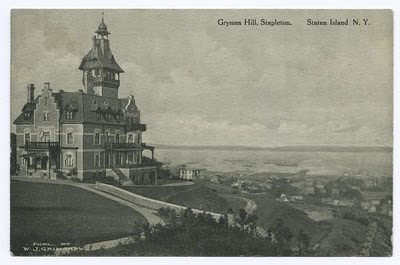 “A wonderful castle” on Staten Island, “built by beer and with German whimsy.” SPOILER ALERT: It later became a convent and burned down, as castle-convents built by beer are wont to do. [Ape Shall Not Kill Ape]

If you missed this week’s Poe in the Bronx screening, you can still catch an enhanced Poe exhibit at Museum of Bronx History. (The anniversary of Poe’s death came and went this week.) [Bronx News Network]

With Poe in mind, check out these Halloween events in the Bronx, for those wanting to plan ahead. [Bronx Mama]

At the Noguchi Museum in LIC, Queens, this Sunday: a Geology of Sculpture tour. Geologist Sidney Horenstein discusses the physical make-up of sculpture. Sunday at 3 p.m. [We Heart Astoria]