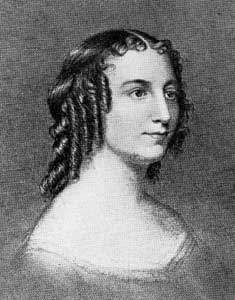 Monday morning we’re wrapping up the opening unit of our Writing New York lecture, which starts us off with the early New York stage. From last week’s discussion of Royall Tyler’s The Contrast in the post-Revolutionary city, we’ll turn to the emergence, by the mid 19th century, of theaters catering to specific class interests. We’ll focus in particular on Anna Cora Mowatt’s 1845 play Fashion and Benjamin Baker’s 1848 play A Glance at New York. The former was designed for middle-class audiences, written by and starring a popular actress and playwright who devoted a lot of energy to demonstrating that middle-class women could act without compromising their character. Baker’s play was a working-class play written by a working-class actor and designed for working-class audiences.

We’ve written previously about these plays and some of their contexts. So let this post serve to point you in the direction of prior discussions. Baker’s Glance is famous for introducing to the stage the character of Mose, the prototypical Bowery B’hoy. A couple springs ago I wrote about Mose as the subject of studies by the pioneering American folklorist Richard Dorson, who treated the flannel-clad fireman as something like New York’s own version of the legendary Paul Bunyan. I also wrote briefly about the nineteenth-century leisure spot Vauxhall Gardens, where Baker’s play concludes, noting its significance as contested ground in class struggles at mid century. Vauxhall Gardens stood between Broadway and Astor place and was bisected when John Jacob Astor developed Lafayette Place as a tony street for some of Manhattan’s wealthiest families, including his own. The remnants of those luxurious settings are the Public Theater, formerly the Astor Library, and Colonnade Row, the deteriorating Greek Revival residences now partially owned and occupied by the Blue Man Group. Not far from either of these sites, the Astor Place Opera House witnessed one of the most famous theater riots in the nineteenth century, which also provided the first occasion for national guardsmen to fire on and kill American citizens who were protesting what they saw as the aristocratization of the American theater.

We’ve written less here about Anna Cora Mowatt. Maybe I’ll have a chance to remedy that this over the next few days. In the meantime, here’s a nice introduction to her career, along with her page on the Perspectives in American Literature site. And here’s a review of the Metropolitan Playhouse’s 2003 revival of Fashion.