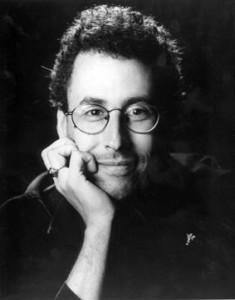 Two years ago, I wrote a post here, entitled “The Cosmopolitan and the Provincial,” about using the idea of fallibilism to think about Kushner’s two-part play, Angels in America (1992-95). Today, I’d like to share a few additional ideas about the play’s relation to the theory and practice of cosmopolitanism.

Increasingly, Kushner’s play has become important to my work on U.S. emergent literatures after 1940, literatures that express marginalized cultural identities and that construct themselves over against the dominant canonical tradition of U.S. literature. I’ve come to consider Angels in America to be one of the great pieces of late-twentieth-century U.S. emergent writing. I think of the play in the context of what the novelist and critic Edmund White and others have described as a “post-gay” perspective.

In a 2006 roundup of gay fiction for the Village Voice, White described Michael Cunningham