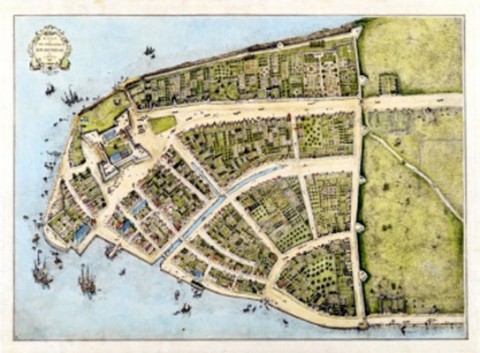 Had I actually given a lecture today in Writing New York, I would have taken up the theme of New York exceptionalism introduced in my discussion of E. B. White’s Here is New York on Monday. Today’s reading would have been drawn from Russell Shorto’s history of Dutch New York, The Island at the Center of the World. Shorto writes:

Because of its geography, its population, and the fact that it was under the control of the Dutch (even then its parent city, Amsterdam, was the most liberal in Europe), this island city would become the first multiethnic upwardly mobile society on America