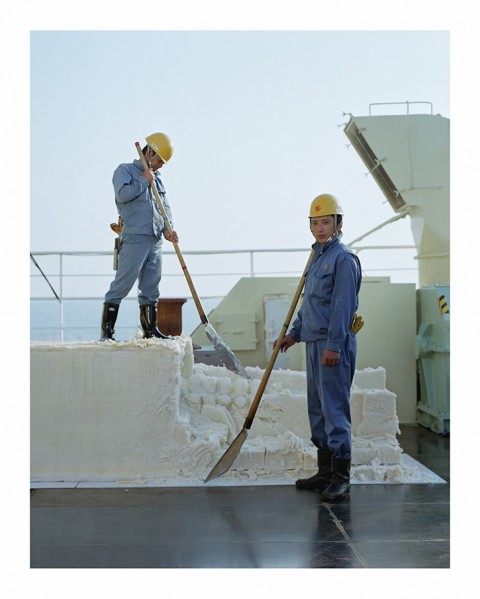 One of Melville’s sources for the “Cetology” chapter was William Scoresby‘s two-volume Account of the Arctic Regions (1820) and Journal of a Voyage to the Northern Whale-Fishery (1923). He makes liberal use of Scoresby’s 1820 volumes again in this chapter, reproducing Scoresby’s incorrect Anglicization of the Dutch word speksnijder. The term originally meant “Fat-Cutter,” but came to mean, according Ishmael and Scoresby, something like “Chief Harpooneer.” Ishmael discusses the “little domestic peculiarity” on board whale-ships of having a “harpooneer class of officers” who rank somewhere in between the mates and the ordinary sailors. But he quickly dilates, and the chapter ends with a consideration of the nature of “Emperors and Kings” — and the disparity between a the captain of a whale-ship and the ruler of a nation.

There’s no doubt a touch of irony, however, in Ishmael’s apology that his subject is “only … a poor old whale-hunter” and that “what shall be grand in thee … must needs be plucked at from the skies, and dived for in the deep, and featured in the unbodied air” — an allusion no doubt to Hotspur’s famous lines in Shakespeare’s 1 Henry IV, Act I, Scene iii:

By heaven, methinks it were an easy leap,
To pluck bright honor from the pale-fac