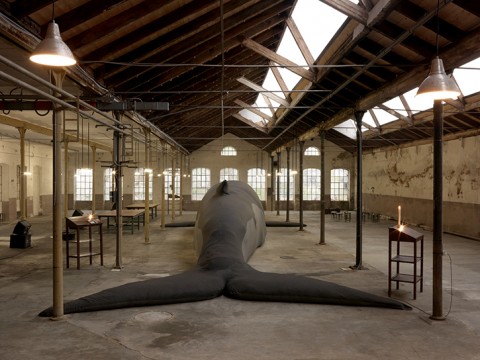 This chapter has a long title: “Of Whales In Paint; In Teeth; In Wood; In Sheet-Iron; In Stone; In Mountains; In Stars.” It is the third panel in this triptych of chapters devoted to pictorial representations of whales and whaling. But, like many of the chapters in Moby-Dick, its nominal subject provides the occasion for the contemplation of ideas that that preoccupy Ishmael and become central to the meanings of the novel. The progression of artistic materials in the chapter’s title gives some indication of the train of thought that we’re about to encounter.

Thinking about the activity of “skrimshander” (more commonly referred to nowadays as “scrimshaw“) leads Ishmael to think about the interplay between so-called civilization and so-called savagery. The idea of cannibalism also rears its head as Ishmael proclaims, “Your true whale-hunter is as much a savage as an Iroquois. I myself am a savage; owning no allegiance but to the King of the Cannibals; and ready at any moment to rebel against him.” The idea that all human beings are cannibals, indeed that all of nature is cannibalistic, will get further attention later in the novel.

Ishmael ends the chapter by fantasizing about riding the constellation Argo Navis “to see whether the fabled heavens with all their countless tents really lie encamped beyond my mortal sight!”

Today, like the planet Pluto, Argo Navis has been downgraded: of the 48 constellations described by the 2nd-century astronomer Claudius Ptolemy in his astronomical treatiste