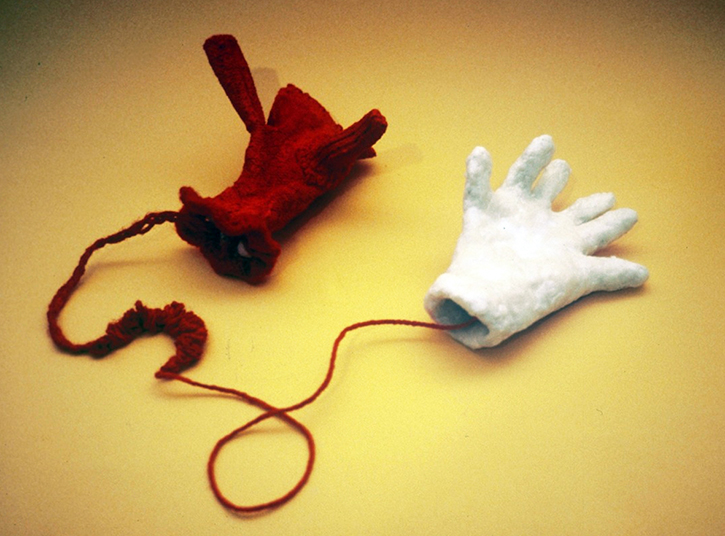 Perth, like Ahab, is associated with fire: Ahab comments on the sparks that his forge sends out, but notes that the blacksmith “lives among them without a scorched.” Perch replies that he is “past scorching: not easily can’st thou scorch a scar.” This mention of a scar brings to mind the “livid brand” that Ahab bears, which “affect[s]” Ishmael “so powerfully” in Chapter 28. Here the two work together to create the harpoon that Ahab plans to hurl at Moby Dick. Ahab has Perth use “the gathered nail-stubbs of the steel shoes of racing horses” to create twelve rods for the shank, then hammers the twelve rods together himself. And he gives Perth his own razors to use for the barbs. Like a modern-day ice hockey player growing a “playoff beard” during the Stanley Cup tournament, Ahab will not shave again until he has his prize.

Repeating some of the ritual elements that he used in “The Quarter-Deck,” Ahab asks the harpooneers to donate blood to temper the barbs, so that they have “the true death-temper.” Where the scene of the oath represented a kind of demonic communion ceremony, here Ahab creates a demonic version of baptism, declaring: “Ego non baptizo te in nomine patris, sed in nomine diaboli!” — “I baptize you not in the name of the father but in the name of the devil!”

Melville concluded a letter to Nathaniel Hawthorne dated 29 June 1851 by pointing his friend to this moment in the not-yet-completed tale:

Shall I send you a fin of the