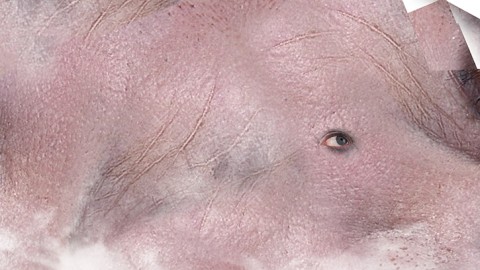 Although the Pequod is moving in the opposite direction — both literally and metaphorically — from the happy, homeward bound ship with which it gammed in the last chapter, a little bit of the Bachelor‘s luck seems to rub off on Ahab’s boat, which manages to catch four whales. Ahab himself is responsible for one of them. For some reason, on occasion, he is struck by the dying whales’s perennial last gesture — “the turning sunwards of the head” — which makes him aware of a “wondrousness unknown before.”

In the four-paragraph soliloquy that follows, Ahab compares himself to the whale making use of the fire imagery with which Ishmael has associated Ahab from moment that the captain was first seen on the Pequod‘s deck: “He too worships fire; most faithful, broad, baronial vassal of the sun!” Ahab’s musing takes him around the world, as he invokes “long Chinese ages,” “the Niger’s unknown source,” the “dark Hindoo half of nature.” Ahab’s points of reference are Africa and Asia —